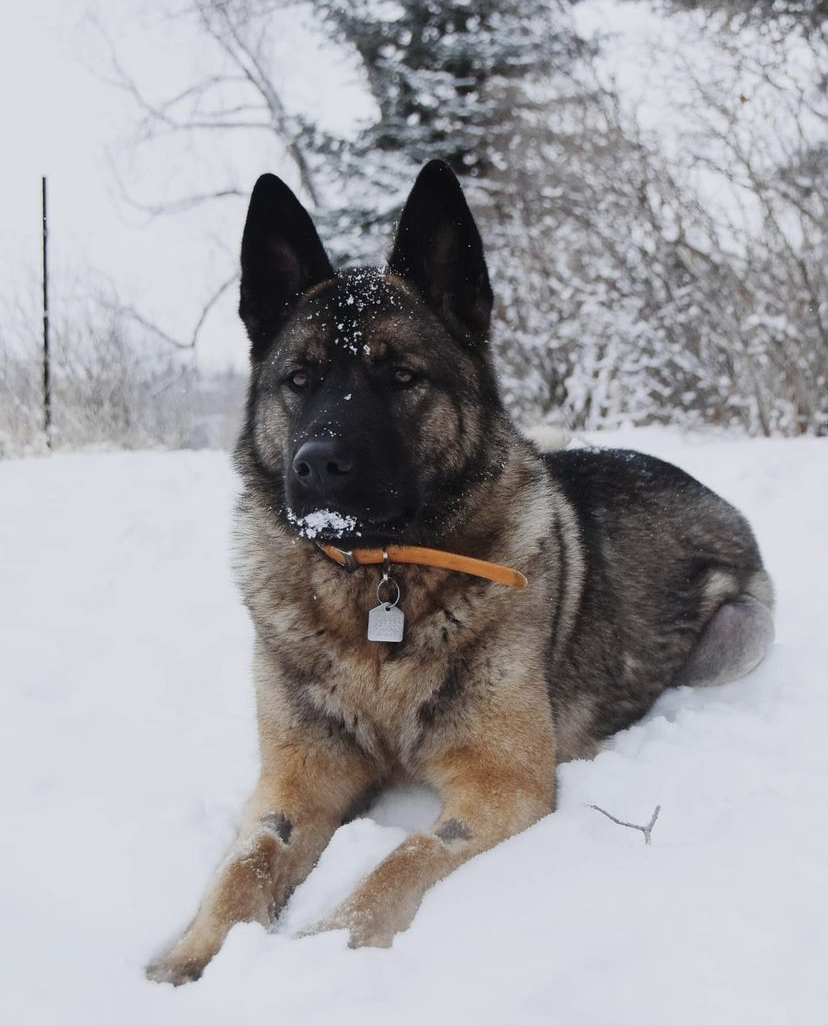 The Akita Shepherd is a mixed breed between the Japanese Akita and the German Shepherd. Both of the parents of this breed are highly intelligent and the “Shepkita” certainly picked up this trait. This pup makes a great family pet as well as an exceptional watchdog.

The Akita Shepherd is always on high alert and ready to protect those closest to them. They have an instinct to remain calm and silent while being watchful at the same time. Many believe that they are among the best watchdogs, especially in an urban environment.

These doggos are described as serious with streaks of silliness. They are large strong dogs weighing anywhere between 75-120 pounds. This breed was initially developed in the 1950s and has remained quite popular. While they still love to be with their family, they are certainly more independent than the average dog. They do not demand as much personal attention from their people, which is desirable for many pet owners.

Besides all of the great personality traits that the Shepkita possess’, they are also beautiful animals. They have a strong and stoic disposition that is very admirable. Don’t be surprised when people are asking about your Shepkita left right and center at the dog park!