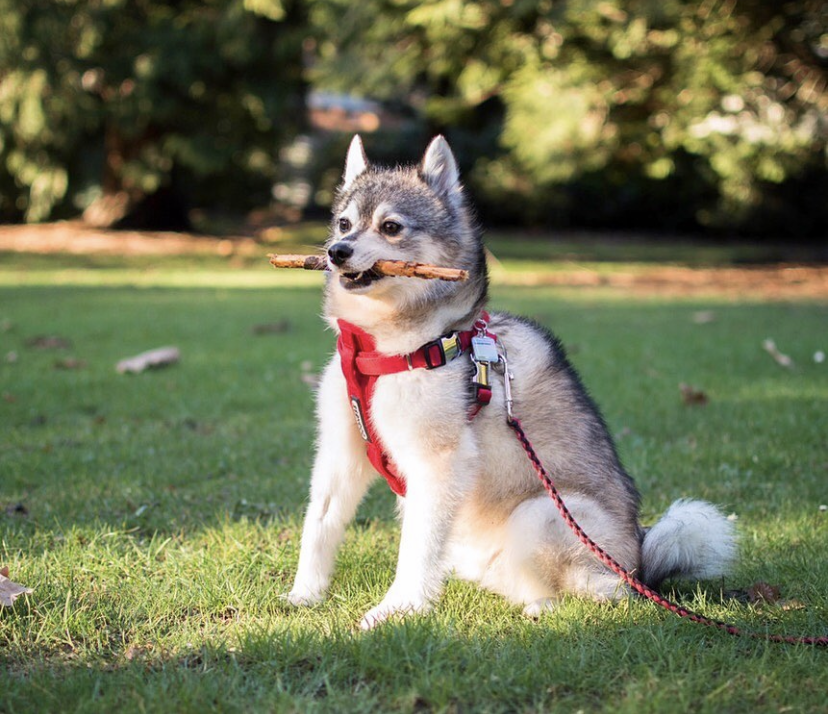 The Alaskan Klee Kai is a relatively new breed. These are little dogs weighing only between 10-15 pounds. Their name “Klee Kai” comes directly from an Inuit term which translates to “small dog”. These pups are considered to be a very rare breed, so don’t be surprised when people will be fascinated by your pup when you take them on a walk.

These dogs originated in Wasilla, Alaska by a woman named Linda S. Spurlin. Her goal was to create a smaller version of the Siberian husky that would be better suited as a companion dog. The breed was created by mixing Huskies with smaller dogs such as the Schipperke and the Alaskan Eskimo Dog. The main difference between this breed and their Husky ancestors, besides their smaller size, is the difference in temperament. Alaskan Klee Kais are not sled pulling working dogs and are very content with simply being a companion dog.

These little guys are packed with energy and will require daily exercise. They are extremely alert and will typically not be the most welcoming of strangers. It is important to socialize your Alaskan Klee Kai from a very early age so that they can become accustomed to new faces. If they are only used to being around their family, the mere presence of an unknown visitor can make them very nervous. This trait does make them great watchdogs as they will be sure to quickly alert you as soon as someone unfamiliar to them is nearby.

These pups absolutely adore being with their family. They love receiving as much attention as you can offer and will always repay the favor with plenty of affection of their own. If you are ignoring your pup or not paying them enough attention, you will notice them start to bark and whine. As long as the Alaskan Klee Kai's exercise needs are met, they are wonderful companions to have around and will be sure to brighten up your day!