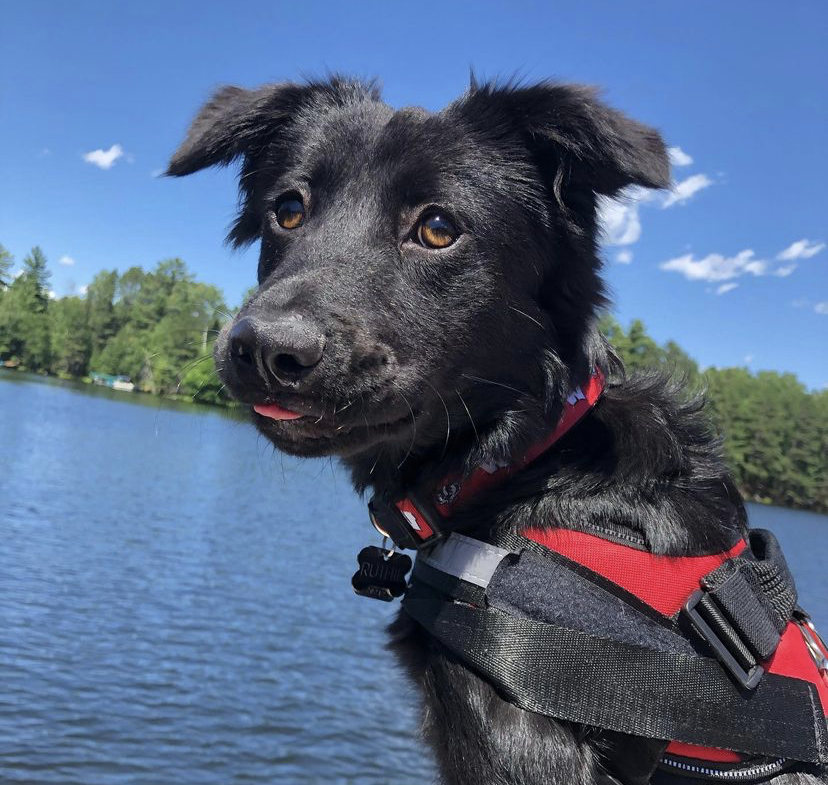 The adorable Aussiepom is the kind of dog that thrives off of the attention of humans. This is not too difficult for them to achieve, as anyone that comes across them will have a difficult time resisting giving them some quick pets and cuddles. This breed is very affectionate toward everyone they meet and have loving personalities.

This dog is a mixed breed between the Australian Shepherd and the Pomeranian. They were first introduced in the 2000s in North America, and as such, they are still a very new breed. That being said, the Aussiepom has already become quite popular due to their beautiful appearance and their high intelligence.

These little guys only weigh between 10-30 pounds, but they are packed with energy. They will require daily exercise for them to feel healthy and happy. The Aussiepom detests being left home alone for extended periods. Leaving them at home all day while you go to work is a recipe for destruction in your home and a dog that will be left anxious.

This type of dog is happiest when it is with its family. Once they have received their daily exercise and burned off all of their excess energy, they will be thrilled to snuggle on the couch with their favorite people. Since this is a relatively new mixed breed, there is still a lot to learn about their characteristics. It is certainly known, however, that they are wonderful companions to have around, and they will display endless amounts of affection toward their family.