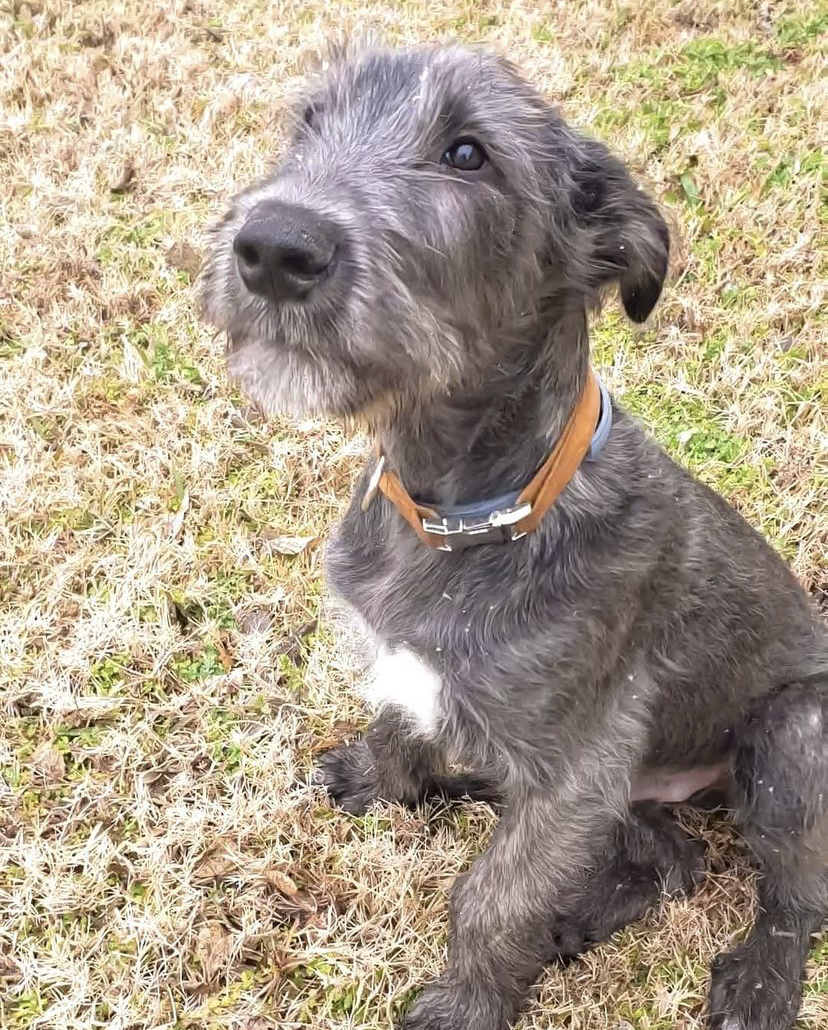 The Irish Wolfhound is possibly the most accurate description of a gentle giant. This is the tallest breed in the world standing at 32-35 inches at the shoulder. These dogs will also weigh anywhere between 115-180 pounds! Needless to say, this breed is not best suited for a small apartment.

This ancient dog breed originated in Ireland. They were initially used as war dogs where their job would be to pull men off of horses and chariots. Their height combined with their power also allowed them to hunt large prey such as deer, boar, and wolves. The original Irish Wolfhounds were nothing short of ferocious and were admired by many throughout their history. The “Great Hound of Ireland” was so prized that Irish law permitted only kings and noblemen to own them. They were often offered as gifts between powerful rulers.

This breed will only have a lifespan of between 6-8 years. They are so tall and heavy that walking around is enough to put a lot of strain on their joints. It is recommended to not take them up and down stairs because their joints will take a hit from the pressure. It is best to be equipped with a yard if you are considering this breed, as it will allow them to go out and exercise at their own pace.

Despite their massive size, the Irish Wolfhound of today does not make a great watchdog. While their size alone may deter any intruder from entering your property, they are not big barkers, and they are extremely friendly to everyone they meet. They have a very calm disposition, and while they do need to go for daily walks, they are very happy spending most of the day as a big friendly couch potato.