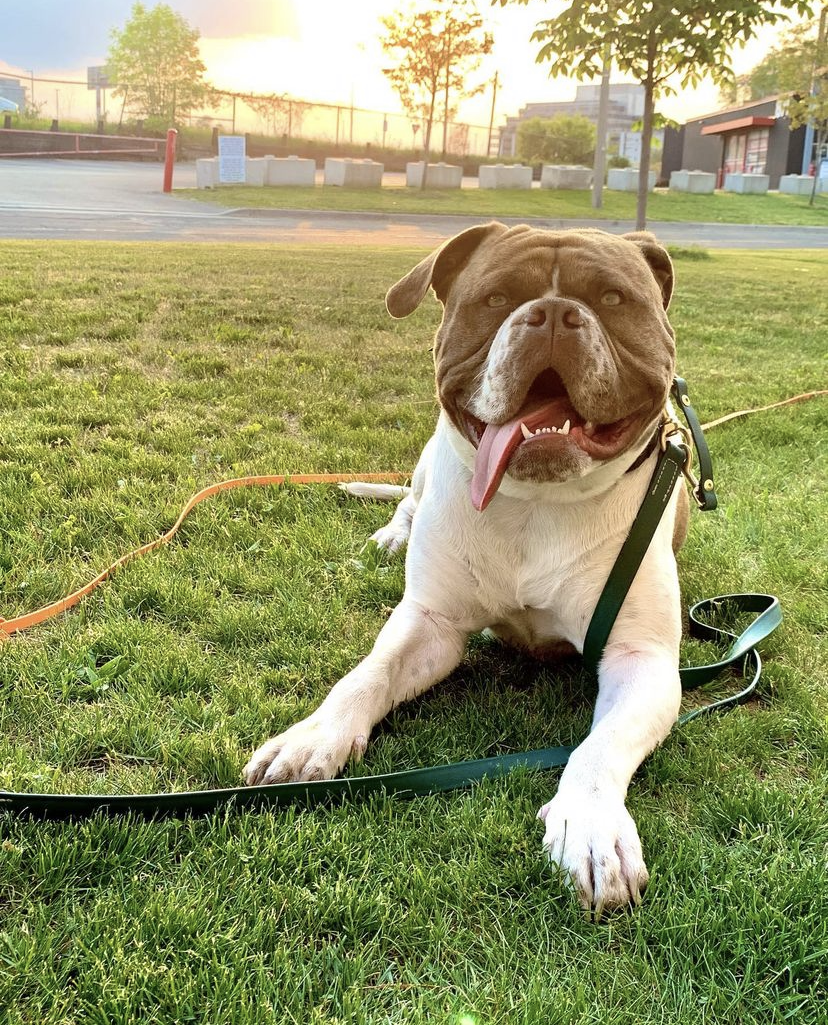 The Alapaha Blue-Blood Bulldog is an impressive dog. They can be quickly identified by their large square heads and their extremely muscular bodies. This breed is said to closely resemble the early Bulldogs of England who were far different than the gentle American Bulldog.

These dogs were developed in the American South as a “catch dog”. The Alapaha’s job was to drive/capture unruly cattle. It is believed that this breed has been around for roughly 200 years in the USA however the earliest official documentation of them was in 1979.

These 60-95 pound dogs make excellent guard dogs. They are alert, self-assured, and fearless. That being said, if you keep your Bulldog on a chain outside all day they can quickly become vicious. These dogs do not do well with other dogs as they are very territorial. It is recommended to always keep this pup on a leash as their high prey drive can send them chasing after just about anything that moves.

This dog breed is not recommended for an inexperienced owner. They require someone that can teach them right from wrong in a firm manner. If trained properly, these dogs can be great family dogs and you can be sure that they will protect you at all costs.