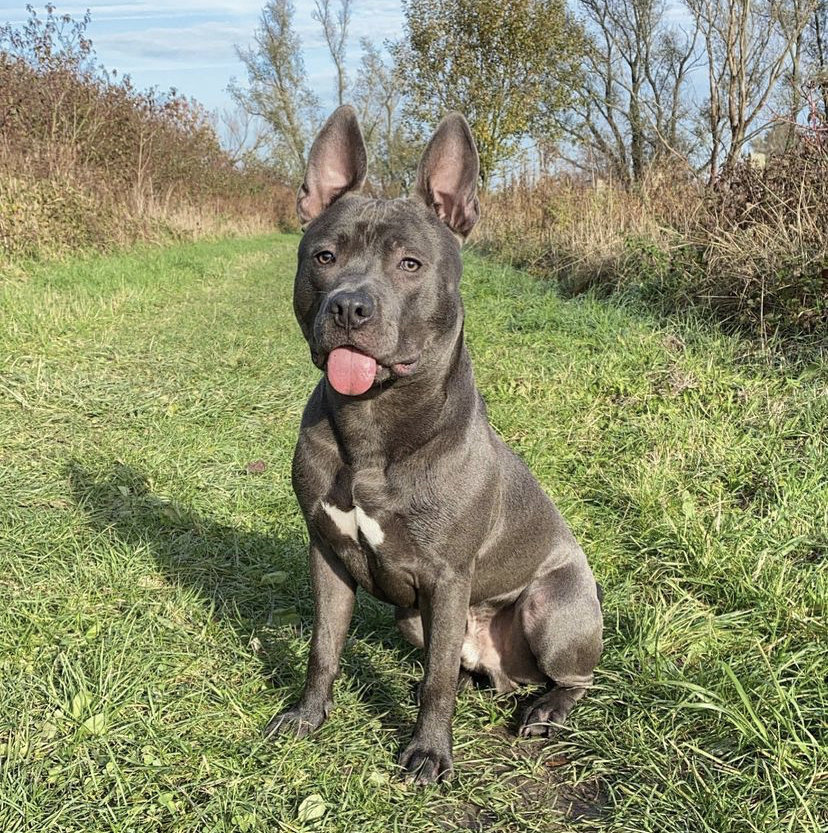 The American Staffordshire Terrier is an extremely powerful dog for its size. While these pups typically weigh between 40-60 pounds, you must be sure to hold the leash firmly when taking them for a walk because their strength will surprise you if they are in a “leash pulling” mood. This breed also has one of the strongest jaws, so don’t expect to ever win a tug of war with their favorite rope toy.

The Ancestors of this breed descended from England and are a mix between the Bulldog and various Terrier-type breeds. These dogs are very closely related to the American Pit-bull even though they have been bred separately for the past 50 years. Throughout their history, the American Staffordshire has undergone some real challenges. They were subjected to vicious sports such as bull-baiting, and are a popular choice for dogfighting until this day. The reason for their popularity among these cruel and evil games is because of their muscular build and powerful jaws. The breed is often misinterpreted as a vicious dog because of its reputation as a fighter, and sadly they are banned in certain cities.

The image that has been associated with this breed couldn’t be further from the truth. The American Staffordshire Terrier is a loving and affectionate dog that adores being with its family. They make excellent guard dogs simply because of their intimidating appearance, the reality is that they will greet any visitor with plenty of licks and tail wags.

While the American Staffordshire adores being with humans, they can sometimes be slightly standoffish toward other dogs. It is very important to socialize them from an early age so that they can become comfortable around other dogs. These pups are highly intelligent and love doing activities with their people, they will be thrilled to go out for a jog, a hike, or a nice game of fetch. It is important to keep this breed physically and mentally stimulated daily, otherwise, you can be sure that their powerful jaws will be put to use for sculpting your furniture into a different shape...they can be quite the artists!