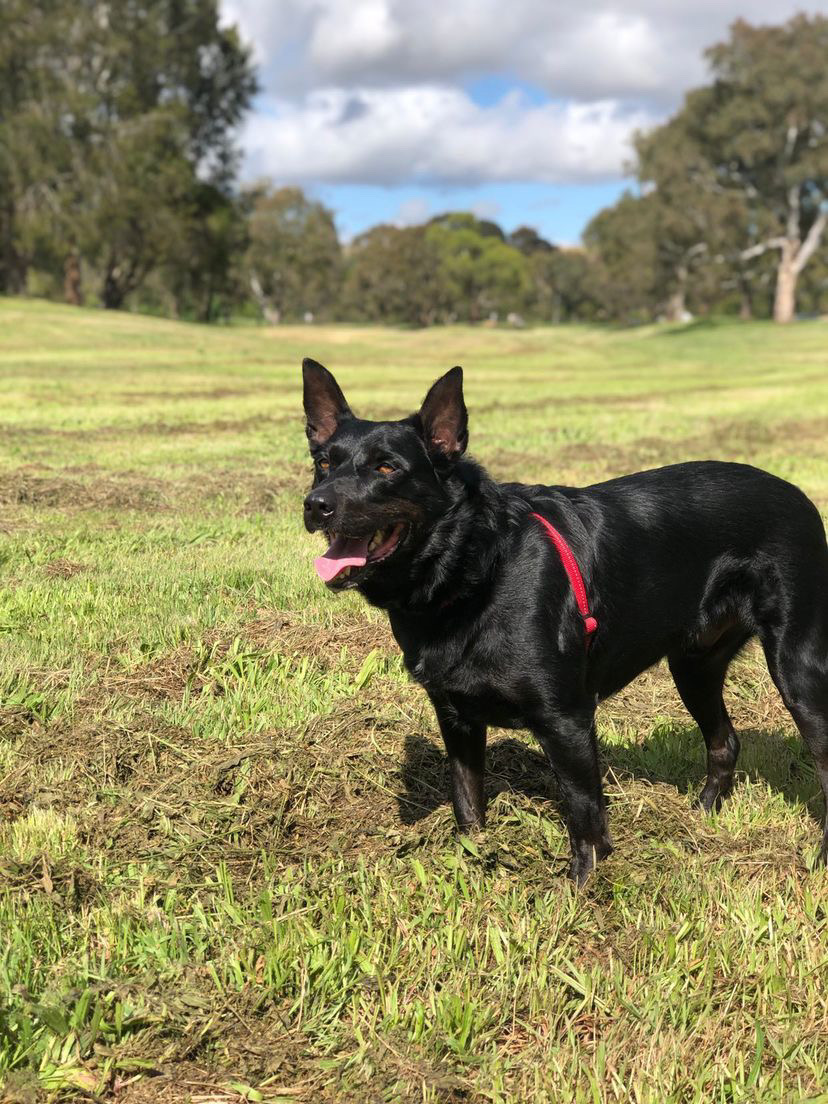 The Australian Kelpie is the type of dog that will always keep you on your toes. This pup was originally designed to herd and that is what they do best. Their qualities are that of a working dog: highly energetic, loves having a job to do, and enjoys mental stimulation. The Kelpie will be as loyal as they come, but they are certainly not the breed for everyone. Their high energy levels make it essential that they receive intense exercise daily. Not giving your Kelpie the exercise they require is a recipe for disaster. They can be very destructive in the house if they are bored for extended periods.

As their name suggests, the Australian Kelpie originated in Australia. While the Kelpie is a purebred dog today, they were originally a cross between Collie-type dogs that were imported from Scotland in the 19th century and various native dingoes. The Kelpie was bred to be a herding dog that would have the capability to work all day in the Australian heat and in rugged conditions. These pups are so good at what they do that they were eventually imported by Americans to assist them with farm-related work. This doggo can be found herding sheep on farms in the United States and Australia until this day.

The Kelpie, typically weighing between 25-50 pounds, often becomes a territorial dog as they mature. Their protective instincts make them excellent watchdogs. You can be sure that nobody will be entering your property without your pup giving them an earful. Given that they are suspicious of strangers and dogs that they don’t know, it is important to socialize your Kelpie with other dogs from a young age. Playing with other dogs combined with positive reinforcement from their owners will teach them that not every new face is a potential threat.

The Australian Kelpie is considered to be extremely intelligent and can be trained well. They are known to be independent thinkers, and so once they learn something for the first time, they will never forget it. They require an owner that is ready to dedicate time and energy to training them consistently to curb some unwanted behaviors that they may naturally display. Given their instinct to herd, they may be inclined to nip at the heels of people and other dogs. As a family dog, the Kelpie will love being with their beloved people and will be ready to protect them at all costs. You can be sure that they will always remain loyal and will quickly become your new best friend from the moment you bring them home.