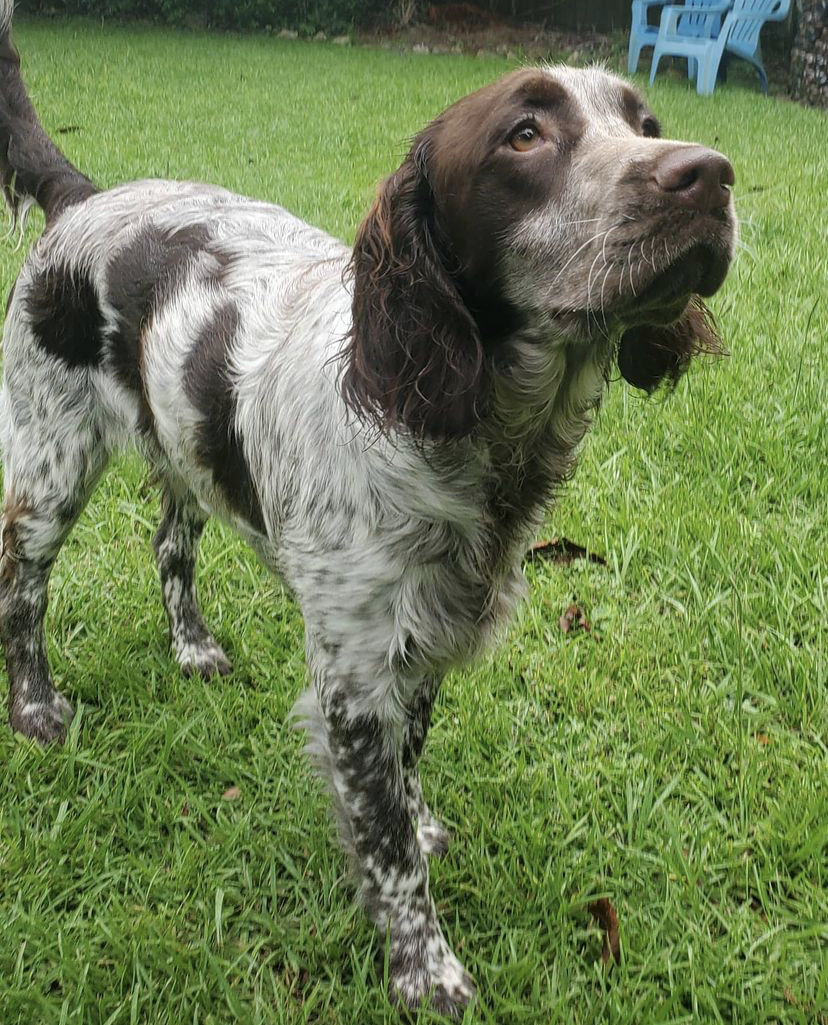 The English Springer Spaniel was bred to be a hunting dog. Their purpose was to flush or “spring” game into the field to allow hunters to have a clear shot. This breed is athletic, versatile, and very energetic. Their historical purpose gave them a very strong prey drive, and they maintain this trait today.

Spaniel-type dogs are believed to have originated in Spain more than 1700 years ago. English Springer Spaniel looking dogs have been known to exist since their depictions in artwork beginning in the 16th century. During this period, before guns were invented, this breed was used to flush out game for other hunting animals such as hunting hawks or hunting hounds.

It is important to know that there are two different types of Springers. There are field Springers (the ones that were used for hunting) and show Springers. These two different types have been segregated for some 70 years and display different traits. The Field Springer will tend to be a lot more energetic and have a stronger prey drive. The show Springers tend to be calmer, have longer hair and ears, and are prized for their good looks. You should know which type you are getting because they will behave differently, and perhaps one of the types will not be right for you while the other type will. These dogs tend to be fantastic family pets and are very friendly toward most people. As long as they get enough exercise, they will be happy and calm in the house. They are often used as therapy dogs as they have a great ability to make people smile. The English Springer Spaniel loves to be with their family and will quickly become your new best friend.